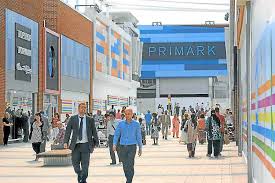 In recent years West Bromwich Town Centre has undergone one of the largest regeneration programmes in the West Midlands region, with hundreds of millions of pounds invested from the private and public sector.

West Bromwich town centre is made up of four separate shopping complexes; Kings Square, Queens Square, Market Hall and New Square, each consisting of an independent management team. Ongoing improvements were required to enhance communications between each of the shopping centres.

And due to the September 2011 rioting, the Sandwell Borough CCTV control room required a two-way radio link establishing to the centre, as did the local police. An additional key link to the system were the retail outlets themselves, therefore, a separate link was to be created for potentially 450 outlets to communicate between all of the links.

Following months of collective consultation with the individual town centre management teams and a tender process, SFL mobile radio was awarded with the contract to design and supply the complex licensed radio infrastructure and plan the rollout of such a vast system with many different user variants.

The infrastructure of choice was provided by a Digital Motorola Capacity Plus repeater system which allows multiple talk groups to remain in communication while they are spread throughout the retail shopping centre.

A key to the success of the radio system was the use of SMS messages from the town centre manager, when critical information on received intelligence was required to be transmitted to users without alerting members of the public.

For this reason the Motorola DP4600 was utilised for the retail outlets and corresponding security guards associated with each of the independent shopping complexes. This handheld radio comes with a display on the front which helps identify users who are transmitting with use of its contact list, alongside being able to read the critical information sent through via the town centre manager.

Each two-way radio was supplied with the 1600mAh Impres Li-Ion battery and the Impres battery charger / conditioner unit, which would prolong the lifespan of the radio but also offer up to 19 hours of standby in times of long opening such as Christmas.

A more compact Motorola SL4000 radio was supplied to the police and centre managers, who preferred it’s slimline attributes when carrying the radio with other mobile radio / administrative equipment.

A long required link to the shopping centre was also established three miles away in the CCTV control room where a Digital DM4600 fixed mobile was installed with a desktop mic for ease of use for the operative. SFL mobile radio installed a directional antenna to the roof of the building in order to ensure coverage was created to the control room.

In order to fully maintain control of the system, a TRBOnet Command and Control software was introduced in order to fully manage the users throughout the system. TRBOnet software allows the Management to automatically record all voice and data transmissions made on the system, create text messages, reports and statistics can be created to offer head offices accountability.

The two-way radio rollout was considered a huge success by all involved. In total over 180 radios are used throughout the system which will evolve over many years to come.

SFL Mobile Radio has a 20 year history in creating Shopwatch Schemes for town centres throughout the UK, including the North West where we are based. We will ensure that the upmost care is taken to plan the system from prototype to rollout, then on success offer support to ensure your objectives are met. SFL will partner your organisation every step of the way for your town centre communication requirements.

To discuss upgrading your shopping centre please call our helpful sales team on 0800 975 7228.