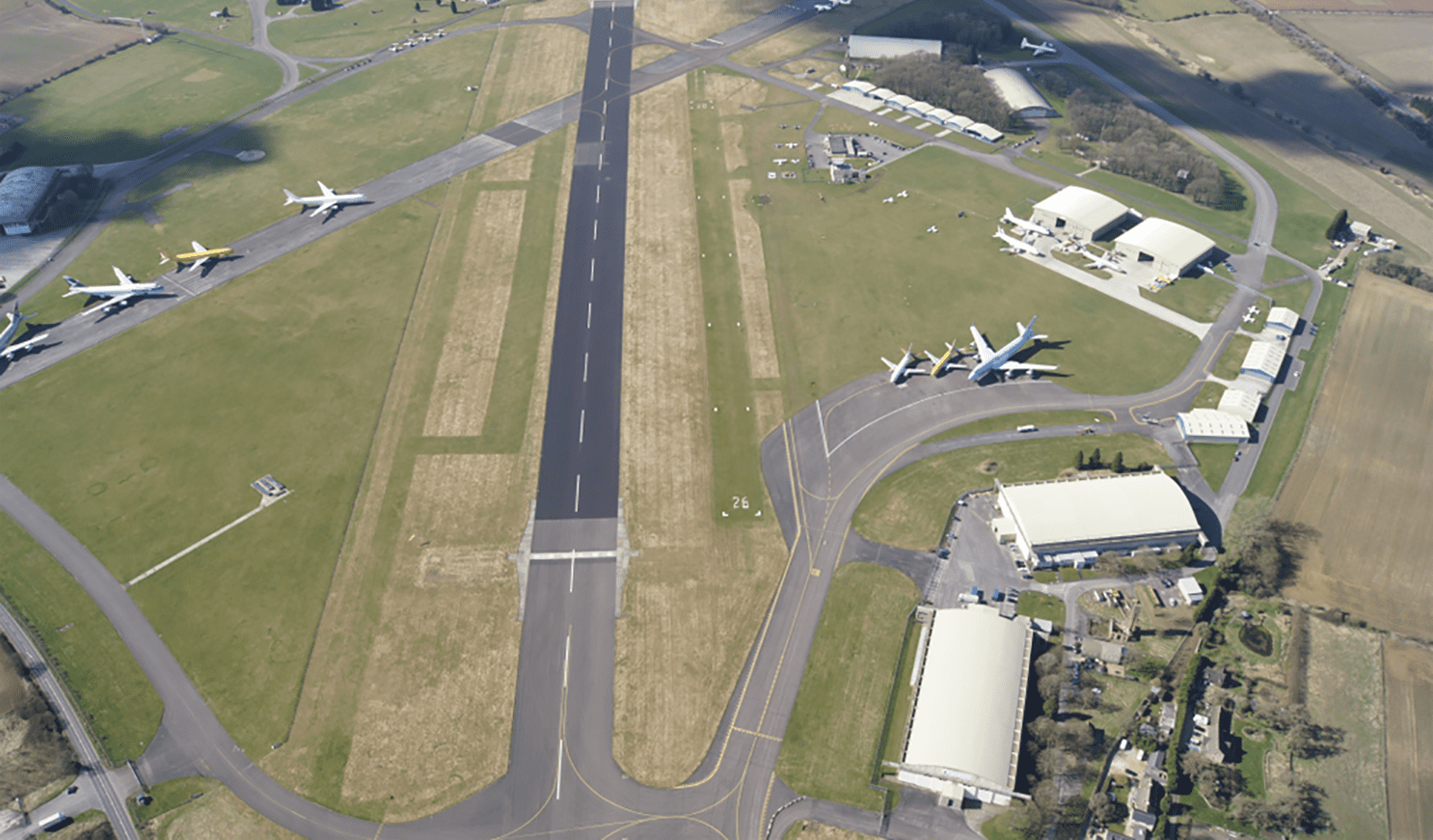 Based in Gloucestershire, Cotswold Airport is an airfield that dates back to 1936. Having formerly been known as RAF Kemble the airfield played a significant role throughout the Second World War, and was home to over 600 aircrafts by the end of 1939.

All military flying ceased at Kemble airfield in 1993 and having been purchased in 2001 with the intent to keep the site as an airfield, the airport is now CAA licensed with flying clubs and other operators, along with an onsite restaurant which is open to the public.

Spread across a 532 acre site and being a hive of activity means there is a need for clear communication across the airfield. Due to this need for communication, Julian Sims the FISO and Airports Operations Assistant reached out to the team at SFL Mobile Radio to enquire about a suitable solution. Once Julian explained the requirements for the radios, SFL recommended going with the Motorola DP1400 two-way radios. Using licenced equipment means the coverage is greater than basic unlicensed radios and the lines are also more secure. This is paramount considering the inherent dangers of operating an airfield.

SFL Mobile Radio are pleased to have provided the two-way radios required to meet Cotswold Airport’s communication needs and are at hand if any further requirements arise in the future.

In need of two-way radios and looking to seek some advice on the best solution for your business? Get in touch with the team on 0151 334 9160.